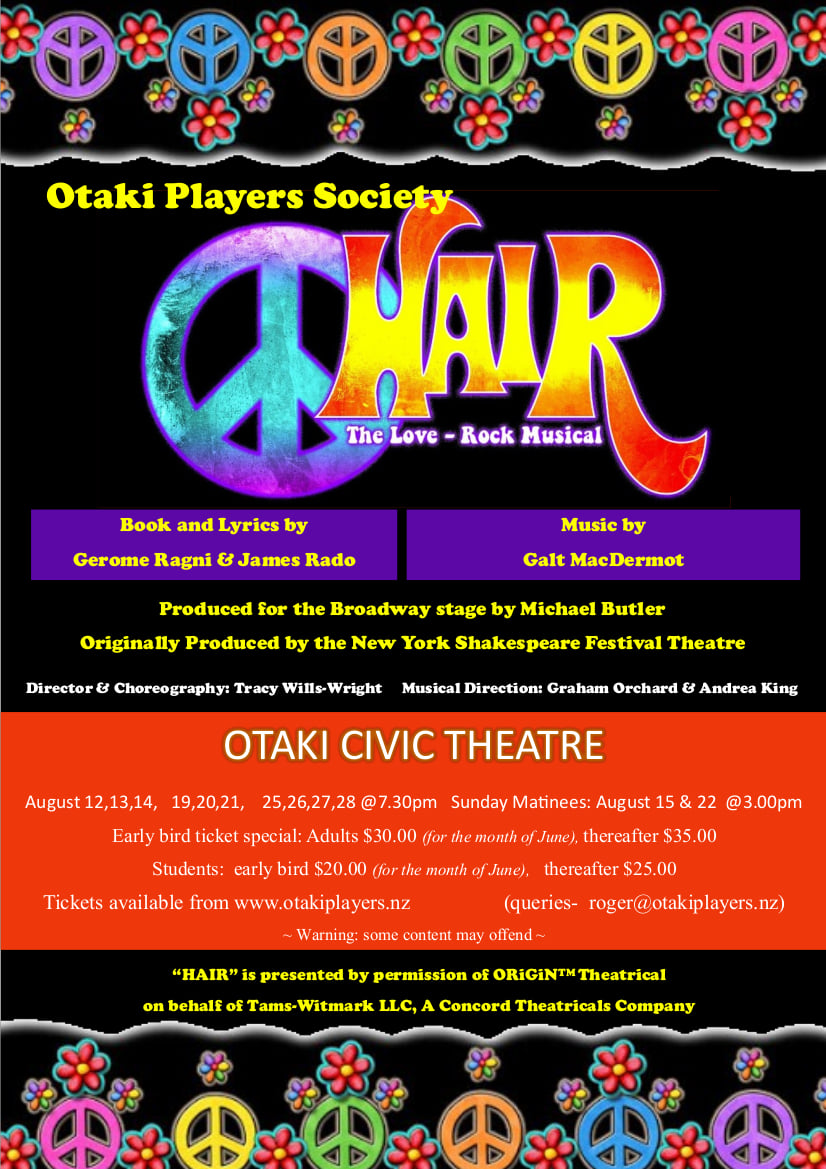 The Otaki Players Society season of HAIR opened to sold out shows on 12 August but the shift to Level 4 prevented all shows from being presented – until now. With five more shows opening 27 October, the show’s examination of the escaping stuffy establishment values in favour of freedom, social liberty and non-conformity is timelessly relevant.

Hair is a rock music based musical and is directed by Tracy Wills-Wright and under her direction, the cast convincingly embrace the hippy world of drugs, sex, love and war.

With fun, psychedelic costumes and excellent performances from the cast including dance sequences, this is a show not to be missed. A glowing opening night review by Penelope Haines states ‘Hair requires a strong company to provide the musical continuity that structures and holds the show together and the Otaki Players didn’t disappoint us.’

Tickets can be purchased from Roger via email at roger@otakiplayers.nz

Keep in the loop about our latest events, new listings and projects
from Creative Kāpiti.

A Big Thanks To Our Many Supporters

Haere mai and welcome to Creative Kāpiti – Advancing Skills & Participation across the Creative Industries on the New Zealand’s Kāpiti Coast.